Home / Who We Are / Leadership / Jane Peverett 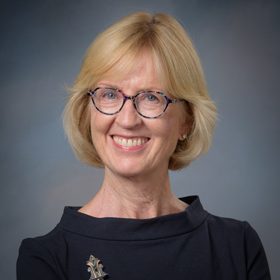 Jane Peverett has been a professional director since 2009. She was President and Chief Executive Officer of British Columbia Transmission Corporation from 2005 to 2009 and Chief Financial Officer from 2003 to 2005. From 1987 to 2003 she held senior finance, regulatory and executive roles at Westcoast Energy Inc., including President and CEO of Union Gas from 2001 to 2003 (leader of the merger of Union into Duke Energy), CFO of Union Gas, and VP Finance of Westcoast Energy. She presently serves on the boards of directors of Canadian Imperial Bank of Commerce, CP Rail (chair of its audit and finance committee and member of its governance committee) and NW Natural Gas (chair of its Finance Committee, member of its organization and executive compensation committee and governance committee). She also serves on the board of the Canadian Standards Association (chair of the board), a non-public organization.